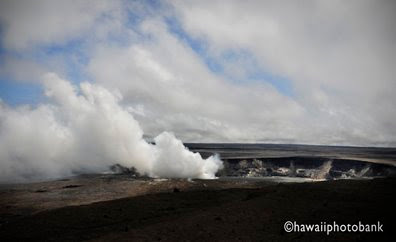 No, not a whale offshore, but somehing up the slopes of Mauna Loa on the Big Island of Hawaii. On March 19, 2008 at three in the morning Halemaumau Crater—home of the fire Goddess Pele, which had been fairly dormant for nearly 40 years—let loose with explosive debris that covered 65 acres and has since spewed tons of vapor rich with killer sulphur dioxide gas. 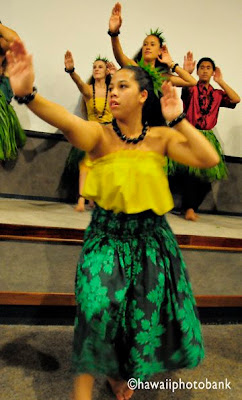 What had been the visitors overlook platform was blown away, and trails across the Kilauea Caldera, the heart of Hawaii Volcanoes National Park, remain closed. Crater Rim Drive is half closed, but you can get the big look at Halemaumau from Jaggar Museum, next to the Hawaiian Volcano Observatory, an organization of big time volcanologists who have been taking readings since 1912.

This new blast is related in an indirect way to the lava eruptions that have been taking place down the eastern rift zone since the 1980s. The current Halemaumau vent has opened to about 300 feet wide, with lava some 350 from the surface. Scientists predicted this latest outburst, but are unsure of Pele’s next move.

The Beamer-Solomon Halau o Poohala from Waimea performed the legend of Pele finding her home at the park this weekend—which took place indoors rather than at the ancient hula platform due to poor air quality. During the performance the white plume turned black and then back again to white. Scientists at Jaggar were puzzled.
Email ThisBlogThis!Share to TwitterShare to FacebookShare to Pinterest
Posted by Trailblazer Hawaii at 10:53 PM